Posted by Morgan Cox on September 23, 2016 under Group Meetings, News

“Over the course of our 60-year history, SWOG helped gain FDA approval for 14 new cancer drugs and changed the standard of care in oncology well over 100 times. This work, formally assessed by our own statisticians, has extended the lives of thousands of people by thousands of years. Our theme for this meeting and celebration is: Let’s Make More Time.”
– Charles D. Blanke, MD, Chair, SWOG

View an online version of the 60th anniversary commemorative book The SWOG Story.

To see additional photos and learn more about what was shared throughout the meeting, check out this Storify which pulls together Twitter highlights featuring the meeting’s hashtags #SWOGonc and #SWOGturns60.

And take a look at these vintage buttons from SWOG’s past! Lots of history – and humor – here. Due July 1:
Submissions for the next round of @SWOG Early Exploration & Development (SEED) Fund grants #SWOGonc

#Funding for the future:
Now through September 1, @SWOG members and their collaborators are invited to submit great ideas for new efforts to improve our cancer research network #SWOGonc 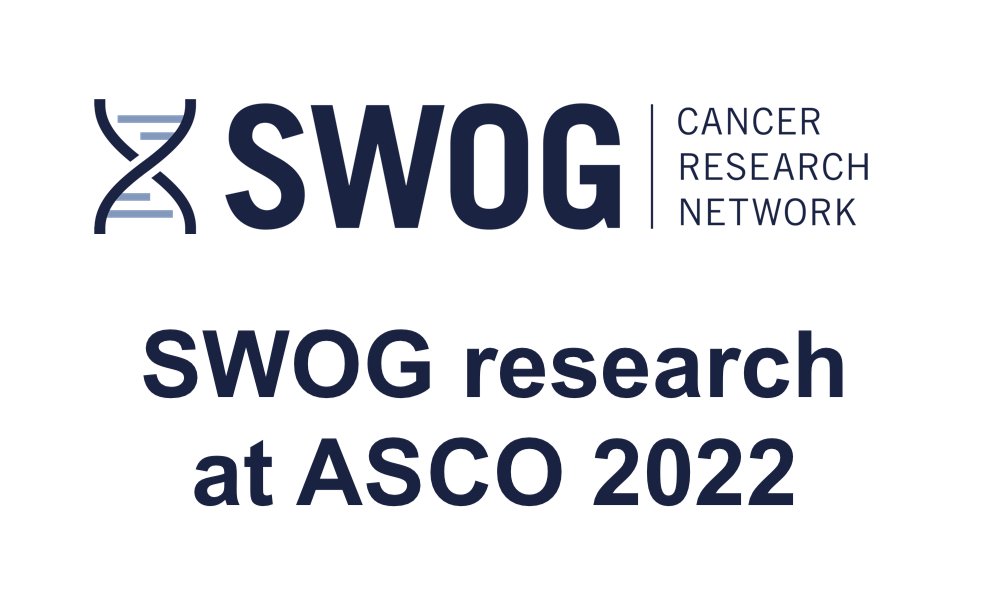 21 of the 22 @SWOG-led abstracts to be presented at #ASCO22 are now online. These include 5 oral presentations, 4 poster discussions, and 13 posters. Another 14 abstracts have significant SWOG representation. Here are links to all 36 abstracts: https://www.swog.org/media/12381